Ambassador and Permanent representative of France on the Council of the International Civil Aviation Organization (ICAO), in Montreal since August 2016.

Graduate of ESSEC Business School (Ecole Supérieure des Sciences Economiques et Commerciales) and of the Paris Institute of Political Studies (Sciences Po Paris), Philippe Bertoux was appointed Secretary of Foreign Affairs upon his graduation from the National School of Administration (ENA, Ecole Nationale d’Administration, 1999). After successive administrative positions in the Central and Eastern Africa directorate (1999-2001) and then in the European Commission’s External Relations directorate (2001-2003), he left for New York as an expert on Human Rights at the Permanent Representation of France to the United Nations (2003 - 2006).

He was Second advisor in charge of multilateral and strategic issues to the French Embassy in Russia from 2006 to 2009. He came back to Paris to become advisor on strategic issues, Americas and Russia-CIS-Central Asia to the Minister of Foreign Affairs’ Office (2009-2010). From 2010 to 2012, he was Deputy Director of Nuclear Disarmament and Non-Proliferation (2010-2012) and took part in negotiations regarding Iran’s nuclear issue.

First Deputy and member of the ICAO Air Navigation Commission, since January 2017. 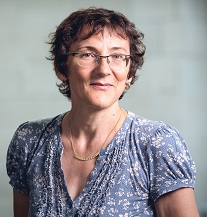 During her career within the French Civil Aviation Authority (DGAC, Direction générale de l’Aviation civile), she worked on a regular basis on European programs within the framework of FAB (Functional Airspace Block), Eurocontrol and ICAO. She was notably responsible of one of the six strategic projects of FAB, involving the flexible management of civil-military airspace in Europe. Prior to her appointment in Montreal, she was head of the Air Navigation Control Center for the south-east of France, with a staff of nearly 600 people, including 400 controllers and 80 maintenance engineers. The Aix-en-Provence control center manages about one million flights each year.

Advisor and alternate to the Permanent representative of France on the Council of ICAO, since July 2018. 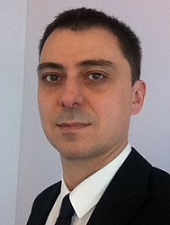 M. RISSE is tasked with all Council and General Secretariat related matters that are not part of the ANC activities.

He graduated from the National School of Administration (Ecole Nationale d’Administration, 2016) and from the University of Nancy II where he obtained two master degrees in business law and European law. He previously worked for the French Ministry of Armed Forces as a European law legal advisor and for the Directorate-General Justice of the European Commission in Brussels. He was also head of the office of competitiveness and innovation at the French Ministry for Ecology and Transport. In this context, he was a representative for the “Transports” Program Committee of the European H2020 Program.

Before being appointed in Montreal, he was working for the Directorate General for Civil Aviation (DGAC, Direction générale de l’Aviation civile) within the cabinet of the Director-General. He then became head of the International & European Law Office and therefore participated in the negotiation of several international and European legislation at the ICAO, Eurocontrol, ECAC, European Union and EASA.